The Black Moor is special in the world of fancy goldfish because it is one of the only goldfish breeds to be found in a single color.

What is that single color you may ask? You guessed it, it’s black!

It is a popular goldfish among aquarium fish keepers.

The Black Moor does not show this beautiful black velvet color until it matures a little.

Their young are usually found in an amber color and as The Black Moor ages, they can become a grayish black, giving away their age

Where did the Black Moor Goldfish originate?

Originally, the Black Moor was bred in China in the early 1700’s.

This makes the Black Moor one of the oldest goldfish breeds to date. They were not always called Black Moors.

In fact, the Chinese named them “Dragon Eyes” as a reference to their protruding telescope eyes.

The Black Moor was brought to Japan in the late 1700’s where they were named “Demekin”.

The Japanese continued to breed them into the beautiful fancy goldfish we know today.

How can I identify the Black Moor in an aquarium?

The Black Moor is a beautiful and intriguing type of fancy goldfish.

They can usually be spotted easily as a result of their distinctive black coloring.

However, they have other physical traits that you can look for when trying to identify them.

These fancy goldfish are born an amber coloration and have flat eyes.

As they age their coloring darkens to a black coloration and their eyes begin to “pop” out.

This eye formation is often referred to as the telescope shape in the goldfish world.

Black Moors have large protruding telescope eyes that seem to be able to see everything!

Unfortunately, just because they have large eyes does not mean that they can see you better.

In fact, the Black Moor has very poor eyesight and can suffer as a result.

Another physical trait to help you identify the Black Moor is their body shape.

These fancy goldfish have a round, chubby body shape.

Any goldfish with this body shape will have a more difficult time competing for food as they tend to be slower swimmers.

Their stubbiness is yet another reason they are considered “handicapped” and should share their aquarium with similar goldfish.

These fancy goldfish can usually grow to be between 6 and 8 inches in length.

Some have been known to grow even larger if they are well cared for.

The Black Moor not only has a velvety black coloration but their scales also seem to glisten in the water.

That glistening comes from their almost metallic looking scales.

These scales give the Black Moor a rebel appearance. However, they are sweet and docile creatures of the tank.

You can also identify the Black Moor by their fins.

Their dorsal fin is usually small to medium in height, but their side fins and tail fins are generally long and flowing.

It is important to note that their tail fins may develop a little differently between each fish.

Regardless of their tail fin formation, the Black Moor’s fins should be beautiful, long, black and flowing or it is simply not a Black Moor.

Are Black Moor Fancy Goldfish Difficult To Care For?

Well, they can be.

Goldfish, in general, are relatively easy to care for when compared to that of a puppy or a human child.

As previously mentioned, the Black Moor is no slim fish.

In fact, it is their hardiness that makes them easier to care for than say the Bubble Eyed Fancy Goldfish which is a very delicate goldfish breed.

However, the Black Moor is not without its problems. Those protruding telescope eyes I mentioned earlier can be damaged easily.

These goldfish have poor eyesight which means they could easily swim into a sharp object in their aquarium and damage not only their body but potentially their eyes.

These eyes could also be damaged by simply handling your Black Moor or by attempting to capture them in a net.

It is critical that you take caution when managing your Black Moor.

You can help avoid such potential for harm by only providing smooth surfaced objects in the tank.

Avoid any aquarium castles or driftwood with pointy edges.

These hazardous objects might look nice, but they could mean the difference between life and death for your Black Moor.

On the other hand, Black Moors will eat just about anything you throw in the tank.

They will also recognize you and anticipate your arrival while your out of the house.

As long as you handle them with care, provide smooth objects inside the tank, and feed them a well-rounded diet, your Black Moor should live a long and happy life.

This may come as a shock to some of you but, goldfish do not eat fish flakes in the wild.

Goldfish are omnivores which mean they enjoy various types of foods.

As a goldfish owner, you should provide at least one of these foods once in a while to cleanse his pallet of fish flakes.

Yes, you can go to your local pet store or shop at ​Amazon and pick up some fish flakes or fish pellets.

Your goldfish will receive some of his daily nutrients from them, and he will find them tasty.

However, if you would rather feed your goldfish a more natural diet then consider choosing fresh or frozen foods.

What kind of aquarium does a Black Moor require?

Specialists recommend nothing less than a 20-gallon aquarium.

If you live in a small apartment and only have room for a small aquarium, then choose this size and be prepared only to bring home one or two fish (two is pushing it a little).

If you want a smaller tank, you will need to do water changes more often.

Goldfish are messy fish, so the more fish in a single tank and the smaller the tank, the more likely parasites and bacteria will develop.

If you live in a home and can take on a larger aquarium, then plan 10-gallons per goldfish (i.e. You want five goldfish in the tank, buy at least a 50-gallon tank).

You should also choose an aquarium with a lot of surface area.

What does this mean? It means that you should choose a long, rectangular aquarium over a round, bowl-like aquarium.

The long rectangle aquarium will give your fish more space to swim around; it will give them space to grow to be their natural sizes as well as prevent oxygen shortages due to its large surface area.

If you choose to fill your aquarium with tap water be sure to treat it wit​​h water conditioner before allowing your fish to swim in it.

Tap water is very harmful to fish and should never be used unless treated with a water conditioner.

Make sure you purchase a decent filtration system for your goldfish aquarium.

These filters will help keep the tank clean between water changes and cleanings.

Water changes should only involve​ the removal of 30% of the tank water (anymore could shock the fish and become dangerous) and should be performed every one to two weeks.

This may seem excessive but, goldfish are messy and could become ill if living in their own waste, parasites, and bacteria for too long.

Snails can be your personal algae control. They are an excellent way to keep the algae from growing too much between cleanings.

How Will The Black Moor Act Towards Other Fish and My Family?

Black Moors, like any other goldfish, are very sweet, docile and social creatures.

They are non-aggressive towards their tank mates nor are they aggressive with their humans.

Most goldfish can distinguish their owner’s voice from that of a stranger and may become timid when a stranger is around.

What are the potential health problems I should be prepared for?

However, they are less likely to acquire them if their tanks are kept clean if they are well-fed and if they are provided a stress-free lifestyle.

Some of the potential health conditions include:

The Black Moor is a beautiful fish that is known for its telescoping eyes and unique physical body traits.

It is one of the most sought after goldfish in the aquarium industry.

It’s important to have the proper aquarium supplies, a good filtration system and a diet that will supply it all the nutrition that it needs.

So, go ahead and enjoy this beautiful fish.

You can also always send us pictures of your fish and set up and we may just feature it on here.

What is a Black Moor goldfish?

How much does a Black Moor goldfish cost?

What are compatible tank mates for Black Moor goldfish?

Because Black Moors are slow swimmers, never place them together with fast swimming fish.

They are best with other slow swimming fish such as Lionheads, Bubble Eyes, Fantails, or Butterfly Tails.

How large does a Black Moor goldfish get?

These fancy goldfish can usually grow to be between 6 and 8 inches in length.

Some have been known to grow even larger if they are well cared for.

If well taken care of the Black Moor goldfish can live between 5 – 10 years. Be sure to keep the water parameters in the safe zones and feed them a well rounded diet.

What does a Black Moor goldfish eat?

What size tank does a Black Moor goldfish need?

What should the water temperature be for a Black Moor  goldfish; and do I need to have a heater for the tank?

Do I need to have an air stone (air pump) in my Black Moor goldfish’s tank?

Yes, but avoid having one that is too powerful because Black Moors are slow swimmers and too much water movement will cause them to have trouble swimming.

Does a Black Moor goldfish’s tank require a filtration system?

Yes, all goldfish should have a filtration system in their tank

Be careful that your filtration system’s water intake is not too powerful for the Black Moor because they are slow swimmers and too much movement in the water can be difficult for your Black Moor to tolerate.

​Do Black Moors require special care because of poor eyesight and swimming difficulty?

The tank must not have anything pointy or sharp because of the Black Moor’s delicate eyes. Special care must be used when using decor or plants in the tank. 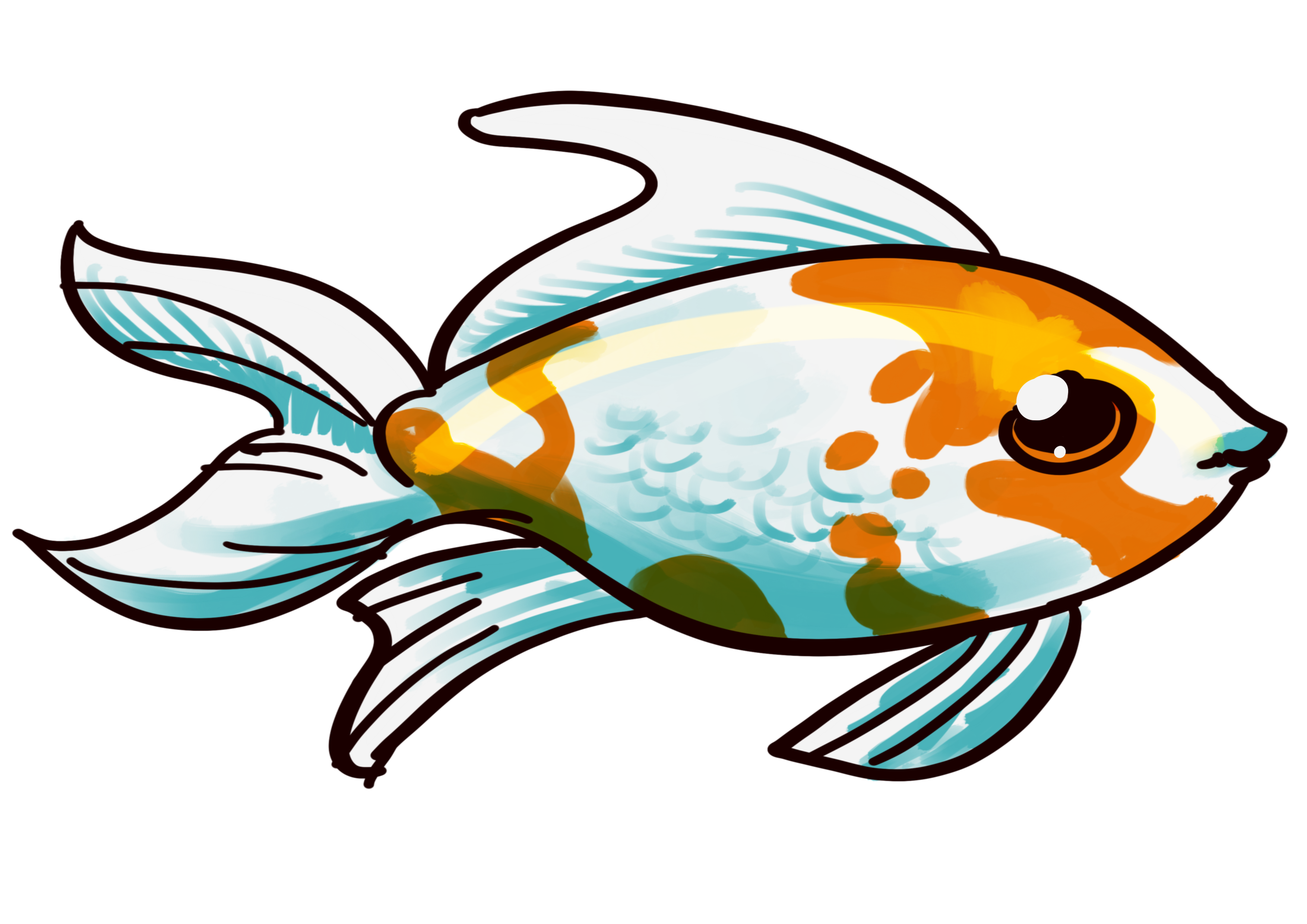 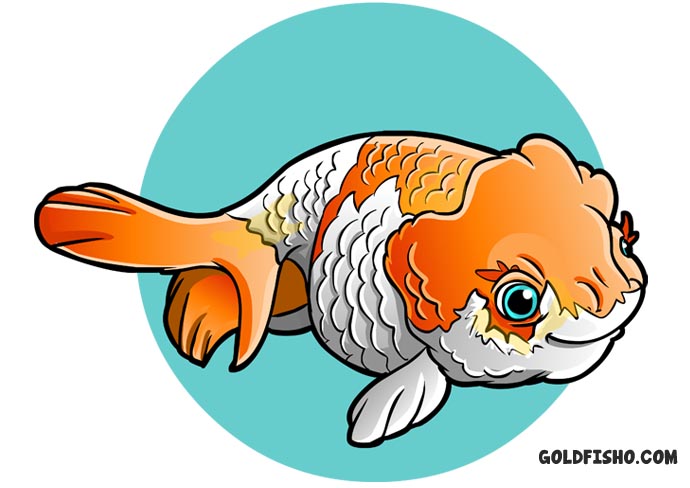 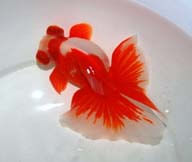