The Shubunkin Goldfish or Calico Goldfish as they are sometimes referred are a slender bodied goldfish that are known to be skilled swimmers and great “beginner fish”.

There are three different types of Shubunkin. However, they are all a variation of the calico pattern.

This constant calico pattern is just one of the unique traits of this goldfish breed.

Where did the Shubunkin Goldfish originate?

The Shubunkin Goldfish are thought to have originated in Japan in the early 1900’s.

While the Japanese and the Western countries refer to this breed as the Shubunkin, the Chinese call them Chuwen-Chin. It is unclear as to why they have a different name for such a popular kind of goldfish.

However, the translation from Chinese to English is “the poor man’s koi” which is what many people in varying cultures refer to these fish as.

What are the basic characteristics of a Shubunkin Goldfish?

Shubunkin Fancy Goldfish will always be a calico pattern although they may vary in color combinations.

These goldfish should never be found in a solid color pallet.

One unique trait to the Shubunkin Goldfish is that they will often have a blue coloration amongst their calico patterns.

This blue coloration is very rare to find in goldfish and is, therefore, incredibly valuable.

In fact, the more blue coloration a single Shubunkin has, the more valuable they are.

Another feature of this type of goldfish is that they have a slender body type, similar to the Comet or the Common goldfish. This body shape allows the Shubunkin to be very fast and skilled swimmers.

Their long, flowing, deeply forked tail fins will also play a role in their swimming ability.

What are the three types of Shubunkin and what are their differing characteristics?

There are three different variations to the original Shubunkin.

Although, some researchers will claim there are only two variations and the third is the original.

Here are the three types:

This variation of the Shubunkin will sport the calico coloration and vary in color combinations.

Their bodies are more chubby than other Shubunkins, but they are still more slender than  Pearlscale Fancy Goldfish or a Lionhead Fancy Goldfish.

The London Shubunkin variety has rounder fins and is described as resembling the Common Goldfish more so than other Shubunkins.

The Bristol Shubunkin variety is easier to identify between the three simply because of their tails.

A Bristol Shubunkin’s tail fins are much large, pointed and are forked.

Their tail fins will seem to form the capital letter “B.” where the others do not.

The Bristol is also a slim goldfish that will resemble the Comet.

Finally, the American Shubunkin differs from the London and the Bristol variations primarily because of their tail fins.

Their tail fins will be much longer, more pointed, and have a deeper fork than the other two types of Shubunkin.

However, the American (also sometimes called the Japanese) Shubunkin is also a slender goldfish and can be mistaken for a calico Common Goldfish.

Are Shubunkin Goldfish difficult to care for?

When compared to the fragility of other goldfish, no, the Shubunkin is not difficult to care for.

In fact, some people say they are easy to care for and make the perfect “beginner fish”.

The Shubunkin is considered a hardy goldfish breed because of their swimming abilities, adaptability, and feeding habits.

These fancy goldfish can tolerate slightly cooler or slightly warmer temperatures. However, their aquarium water should still be monitored at a stable temperature (usually around 70º F or 75ºF).

Unless of course, they are inhabiting an outdoor pond, in which case you should still monitor the water to be sure it is never too cold or too hot for them.

In fact, some specialists recommend that Shubunkins be kept in an outdoor pond or a large aquarium because they require adequate space for swimming.

The Shubunkin Fancy Goldfish are categorized as skilled swimmers and prove as much every time you watch them.

These fast, swimmers will easily out swim slower fish that they share the tank with.

Shubunkins should not be tankmates with such fish as the Lionhead, the Pearlscale, or the Oranda.

These goldfish are known as slow swimmers or “handicapped” goldfish will not be able to consume enough food with a Shubunkin around.

Some good options for tank mates would be comet goldifsh, kois and some crustaceans.

Shubunkins are not picky eaters. They will quickly reach the surface of their large aquarium or outdoor pond to consume whatever it is that you provide to them as dinner. 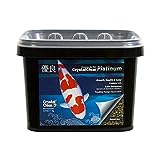 However, goldfish will enjoy a variety in their diets. Insects; mosquito larvae, veggies, fruits, worms, plants, and roots are all considered a yummy meal to any goldfish breed.

Not a lonely fish:

These calico styled goldfish are very sociable. They will thrive if they have a community of other competitive fish to call their tankmates or pond-mates.

If you are interested in these goldfish but only have room for one, then reconsider the Shubunkin and check out the Common Goldfish.

Provide a large aquarium with plenty of décor, plants and other still objects that will keep your goldfish happy and entertained while you are away.

Remember to monitor water temperatures, perform a water change every one to two weeks, and feed them a variety of different food choices.

Shubunkins are just as messy as any other type of goldfish and will require a good filtration system to keep their aquarium clear and parasite free.

Be observant of your Shubunkins Goldfish .

They are a calico patterned goldfish which means that if they contract a parasite such as Goldfish ICH (or white spot disease) it can be difficult to spot it in time.

When a parasite does become apparent, treat it with the appropriate medication or treatment plan. 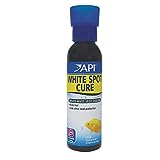 It is also vital that you follow the instructions on the packaging to avoid causing more harm than good for your goldfish.

What is a Shubunkin goldfish?

Level of Care: great for beginners

What does a Shubunkin goldfish cost?

What are compatible tank mates for Shubunkin goldfish?

Characteristics and Traits of Shubunkin Goldfish

What does a Shubunkin goldfish eat?

What should the water temperature be for a Shubunkin goldfish; and do I need to have a heater for the tank?

Do I need to have an air stone (air pump) in my Shubunkin goldfish’s tank?

Does a Shubunkin goldfish’s tank require a filtration system?