The Different Body Shapes in Goldfish

Did you know that a certain body-shaped goldfish requires special care?

Each variety of goldfish has specific shapes and body characteristics, which help define and identify them.

Varieties of goldfish may share the same body type, but it’s the other physical attributes that help to distinguish it from the rest.

There are TWO body-shapes in goldfish

Let’s take a look at those bodies!

The name says it all! These fish have bodies that are shaped like tiny eggs.

These are known as fancy goldfish. Fancy goldfish are the predominant type of goldfish. They are more commonly picked by fish hobbyists because of their overall beauty.

Egg-shaped/Fancy goldfish are slow swimmers that lend to their elegant flowing appearance. They are fragile just like an egg!

These fish appear to be shaped like tiny eggs with a larger belly. In comparison to the streamline-bodied goldfish, the egg-shaped goldfish are pudgier in size.

Egg-shaped goldfish have twin tails. These tails appear as a pair.

All have a dorsal fin with the exception of the Celestial Eye, Bubble Eye, Lionhead, Ranchu, and Pompom. In which case, these five goldfish are missing a dorsal fin.

All have normal eyes with the exception of the Celestial Eye, Bubble Eye, and Telescope Eye. These three fish have pronounced bulging eyes.

There are three species of egg-shaped goldfish that have a wen. Wens are raspberry-like growths on the head. Orandas, Lionheads, and Ranchus are the only fancy goldfish with wens.

Egg-shaped goldfish require a more specialized diet. Their bodies are compact, causing their internal organs to crowd. This causes them to be at risk of digestive issues and swim bladder disorders.

Things to consider when feeding an egg-shaped (fancy) goldfish.

Egg-shaped (fancy) goldfish have delicate fins and tails. This, along with those that have a wen are susceptible to injury on sharp objects in the tank. Use caution when placing plants or decorations in your tank to avoid injury.

Filtration systems and air stones should be placed on the lowest flow setting. This is because egg-shaped (fancy) goldfish are slow swimmers. They have great difficulty in water that has a strong current.

These goldfish are slender with a longer body. Their shape is similar to a torpedo. Assimilating this body characteristic to its fast-swimming behavior helps to remember which body-shape of fish is fast and which is slow.

All streamline-bodied goldfish are single-tail. Easy to remember!

All have a dorsal fin present.

All have normal eyes.

Unlike egg-shaped goldfish, these goldfish do not require a special diet. They should, however, be provided a high-quality diet with variety.

Streamline-bodied goldfish are typically hardy. They, of course, will thrive in a tank that is healthy and clean.

Do not place these fish in the same tank as fancy goldfish. Streamline-bodied goldfish are aggressive feeders because of being fast swimmers. They will tend to pick on egg-shaped (fancy) goldfish. Never place fast swimmers with slow swimmers!

It All Comes Down To The Body

Whether you want a goldfish that shoots from the hip with its torpedo-like action or a mopey yet gorgeous one, remember:

Lastly, remember “eggs are fragile” (egg-shaped) and “torpedoes are fast and hardy” (streamline-bodied.) 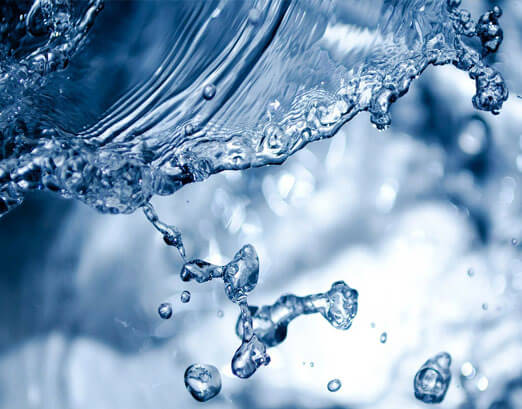