The short answer to this is, no; special lighting is not an essential part of owning goldfish. 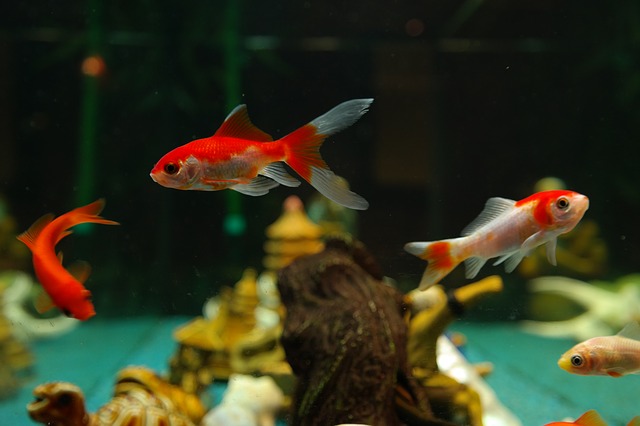 However, there are benefits to purchasing an aquarium with a light built into the lid. For example, you will have the option of growing live plants if you have an aquarium light.

Without a proper light source, live plants would not survive. You can always purchase artificial plants if you choose not to have an aquarium light.

Goldfish do not need a heated aquarium light. They typically live in cooler temperatures and a heated lamp would cause the tank water to become too warm.

If you do choose to purchase an aquarium light source for your goldfish tank, then you will want to follow a daytime and nighttime schedule.

For example, turn the lamp on for about 10 to 12 hours during the daytime. Then, shut down the lamp at night.

This plan will help the goldfish regulate between day and night. 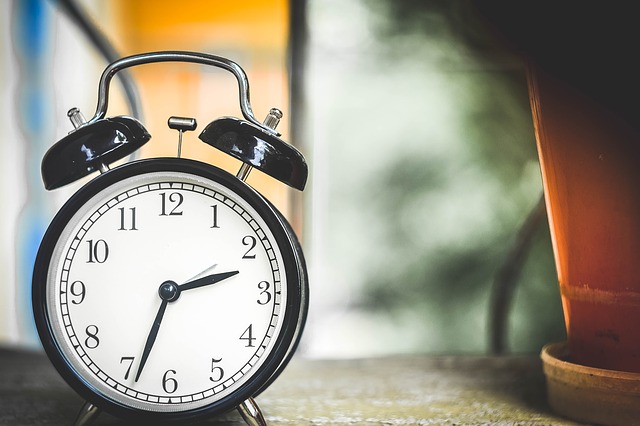 You may also want to consider adding an aquarium light if you are placing the tank in a room that does not get a lot of natural light.

If it is a dark room, then your goldfish will never be able to regulate to the time of day (and they would likely get rather bored being in the dark all the time).

Also, a goldfish living in a dark room will lose his pigment as the color of his scales substantially requires a light source to continue.

Aquarium lights are also beneficial to a goldfish aquarium as they enhance the goldfish’s color and turn your goldfish tank into a showpiece in your living room.

The light can also make it easier to observe your finned friends.

Observation is a key factor because some breeds of goldfish are delicate and may be easily injured. 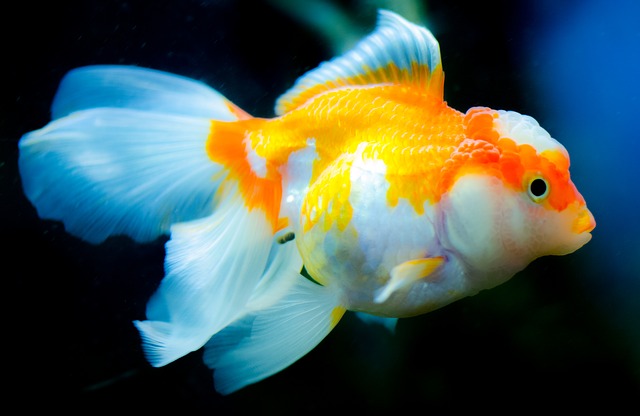 Also, some goldfish are prone to certain goldfish diseases and illnesses, many of which could be prevented with an observant owner.

Can Goldfish get too little light?

Yes! If a goldfish does not get enough light (or any light at all), then his skin will stop producing the pigment that it needs to create his beautiful fluorescent colorations.

Many people believe that if their goldfish remains in pure darkness for an extended period of time that they will become white.

While this theory has yet to be proven, we do know that the goldfish will lose enough of their pigmentations to be a much paler version of what they once were.

Too little light will also cause them to lose energy.

This is due to the fact that they will not be able to interpret what time of day it is and will therefore always believe it is night time. 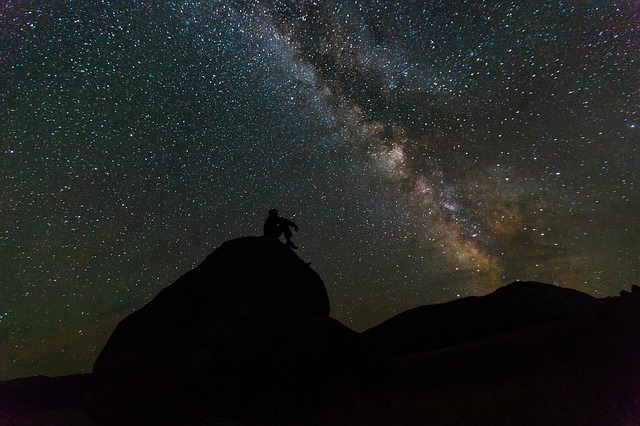 Their sleep schedules will not be regulated, and their eating habits and various other daily activities will be disrupted.

If you do not provide enough light to your goldfish aquarium, then the live plants will also suffer and will not survive.

Think about what would happen if human beings do not get enough light. We become pale, sickly, and our Vitamin D levels drop dramatically.

Their illnesses and pigment loss can be easily prevented if owner follows a light on and light off schedule to simulate the day and night.

Can Goldfish get too much light?

If goldfish are under continuous lighting, then they will eventually become unable to distinguish between daytime and nighttime.

This will significantly affect their sleeping patterns, eating habits, and various other activities. 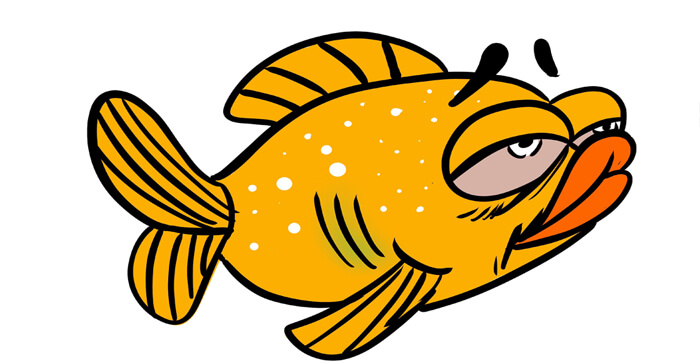 This is very similar to how human beings would react under too much lighting.

We need dark hours of the day to tell us when it is time for our bodies to shut down and recharge in preparation for the next day.

Goldfish are the same way!

While excessive light won’t initially harm your goldfish, it will eventually hinder their ability to regulate their daily schedules.

Too much lighting can also cause a disturbance in the balance of the aquarium’s plants and other inhabitants.

For example, algae that would have grown at a much slower and regulated pace could potentially begin to grow in overdrive.

The algae can then start to take over the aquarium causing it to become dangerous for the goldfish to live in, cause diseases and illnesses (with the help of parasites), and will cloud the aquarium water. 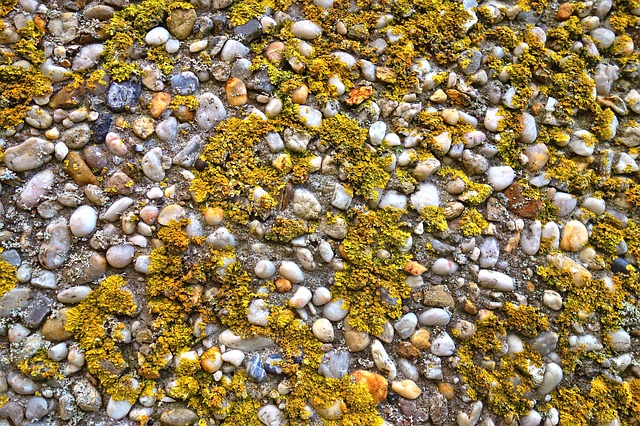 Cloudy water itself can cause severe harm to goldfish. Excessive lighting is simply not worth the amount of damage it could do to your goldfish.

Prevent these issues by turning the light on during the day and turning it off at night.

Goldfish do not need an aquarium lamp that provides heat.

Heated lamps are typically used for amphibians and reptiles as they require the light and the heat to survive.

Goldfish live in cooler temperatures that are usually regulated by the owner and sometimes with the help of a tank heater.

However, a heated lamp would cause the water to become too warm which would harm the fish. 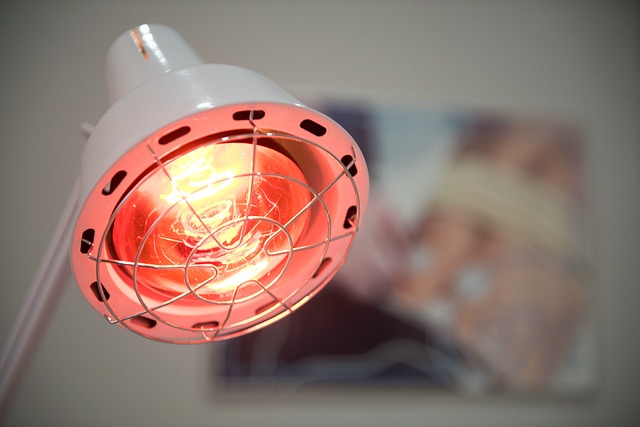 Warmer water would also cause algae to grow at a faster rate which would also harm the tank inhabitants.

For a goldfish aquarium, you may want to consider one of the follow types of aquarium lights.

Compact light or compact fluorescents are similar to the typical fluorescent lights with the exception that compact lights typically use two or more tube bulbs. 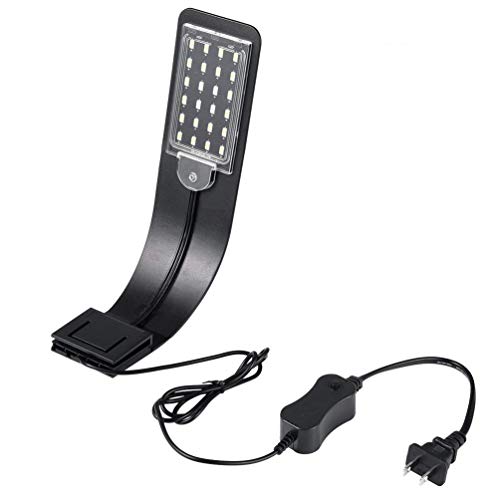 This increases the about of light that is emitted.

Single compact lights are capable of emitting the same amount of light as two standard fluorescent lights would, but would take up much less space.

Compact lights are easy to operate, are a low-cost option, and do not emit a lot of heat from the bulb.

This could be a perfect choice for your goldfish aquarium.

They are one of the easiest lighting methods for an aquarium because they can be used for freshwater tanks as well as salt water tanks.

Fluorescent lights are also easy to operate, a low-cost option, and are considered energy-efficient.

There is a large variety of fluorescent bulbs on the market to choose from. It all depends on the type of light you would like to emit onto your goldfish.

This is due to their overall design and makeup because their light spectrum and production of color are precisely what fish enthusiasts look for in a lighting system.

This lighting option is typically used in aquariums with live reef, types of fish that require a lot of light, and large aquariums. 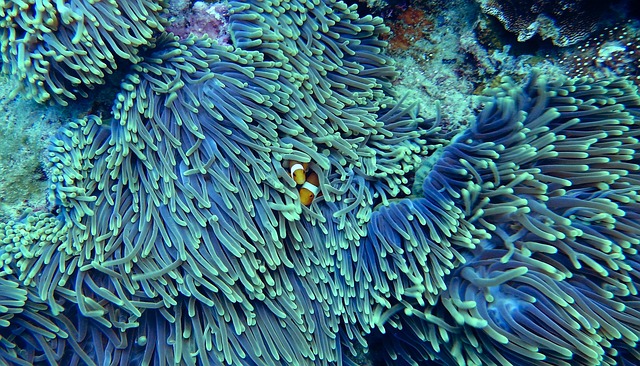 This may not necessarily be the best option for your goldfish aquarium. Ask a goldfish expert for their opinion before purchasing this lighting option.

LED lighting options could be a good option for a goldfish aquarium as they use far less energy to produce quality light.

However, if you plan to grow live plants in your goldfish aquarium, then it would be wise to look for Photosynthetically Active Radiation (PAR) values of LED aquarium lighting options.

These lights are designed to encourage photosynthesis for plants. 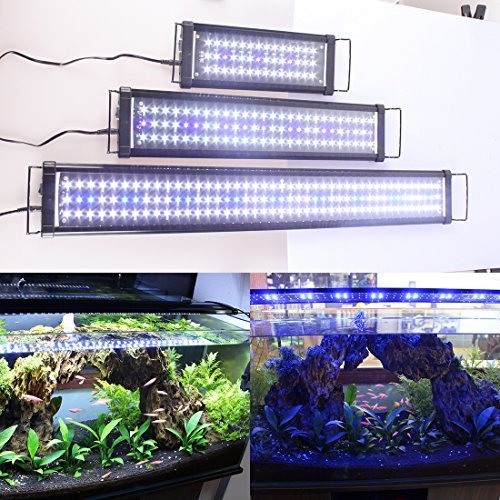 It may not be a goldfish necessity to provide an aquarium lighting system. However, it is strongly suggested to do so.

By providing a quality light source to your goldfish and other inhabitants you are ensuring their sleeping patterns, eating habits, and other daily activities are performing as they should.

You are also able to observe your fish and even properly display them with the help of light.

Without a proper light source, your goldfish will become ill, confused, and possibly depressed.

They will likely also lose their skin pigmentations and become a far less beautiful version of themselves.

Provide your goldfish with a proper light source and follow a day/night schedule to keep your fish happy and healthy!