Please include attribution to Goldfisho.com with this graphic. 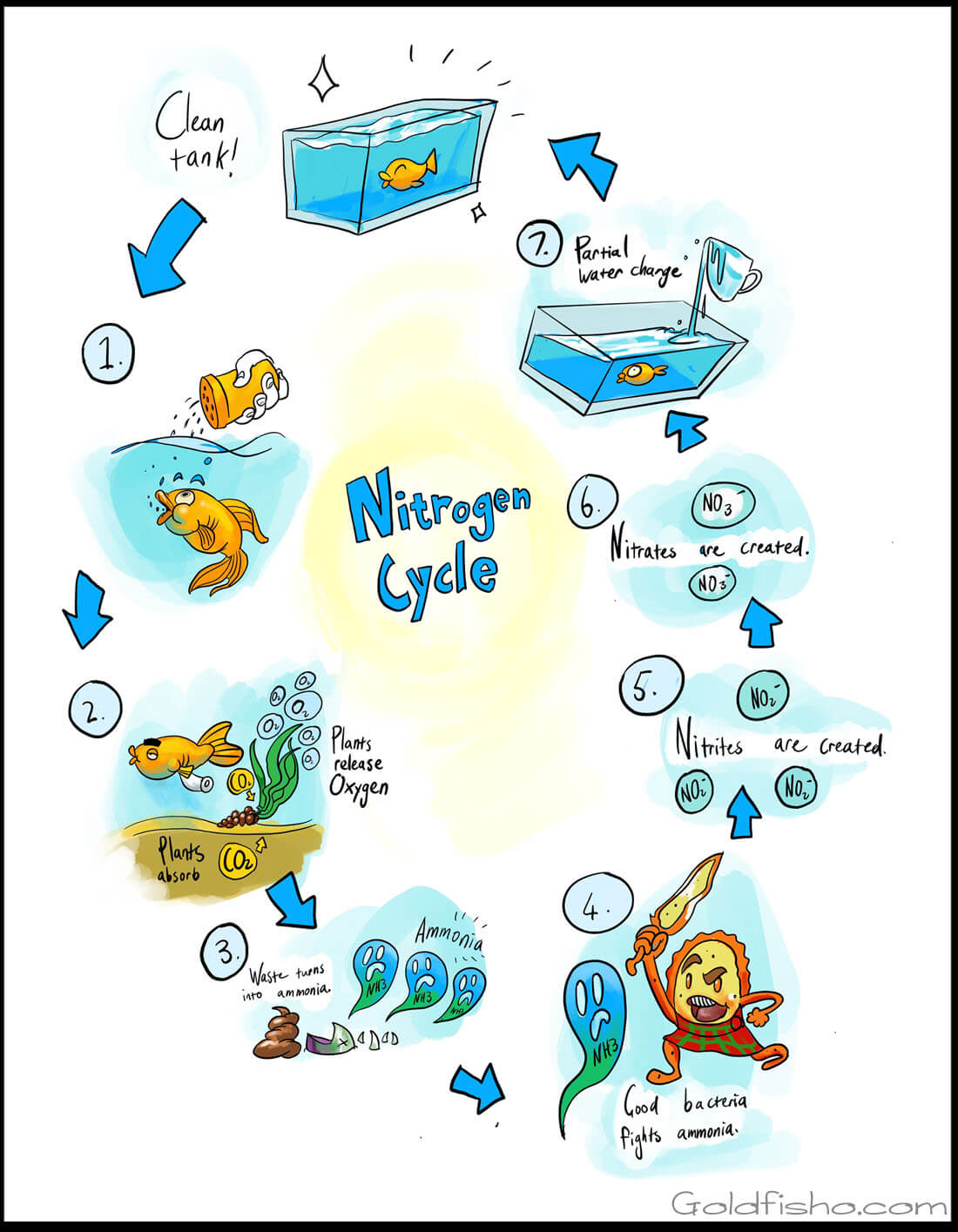 The health and happiness of our finned friends are critical to their potential lifespan. Goldfish are capable of living for decades. However, most will likely die before they even reach five years old. This is mainly due to a lack of sufficient space for swimming, breathing, eating, growing, and playing, as well as neglectful owners and poor water quality. There are ways to help your fish live long and happy lives. One of which is to provide good quality water for them to live in.

What qualifies the tank water as “good quality”?

For aquarium water to be considered “good quality” it needs to be first treated with a water conditioner before it is even added to the tank. The water conditioner is used to make tap water safe for fish to live in. Straight tap water is full of chlorine and heavy metals. While the levels of heavy metals and chlorine may not be high enough to harm us as humans, it does create a toxic environment for fish. If you have treated your tap water and have added it to your aquarium, then you need to know about a process called “tank cycling” (which we will discuss in a minute).

Other ways to be sure your water is “good quality” is to provide a good filtration system. Filters with Mechanical medias, Biological medias, and Chemical medias are designed to remove unwanted materials from the tank water. Mechanical medias take care of physical floating debris, Biological medias breakdown dissolved physical floating debris and uses it to help build up the beneficial bacteria, and finally, the Chemical medias remove any chemical materials from the water including copper, chlorine, and other unwanted drugs or chemicals. Without a filtration system your water will be dirty, cloudy, discolored and dangerous for your fish to live in.

Performing a 30% water change every two weeks is another way you can help keep your tank water in good quality. These water changes help eliminate nitrate and slow the production of unwanted algae. When replacing the 30% old tank water with 30% new tank water, be sure to treat it with a water conditioner before adding it to the main tank. Any amount of untreated tap water will cause your fish to go into shock, become stressed and ill. Be sure to test your tank water’s temperature. A goldfish aquarium should always fall between 62ºF and 75ºF. Water temperature recommendations vary with each species of fish. Do your research!

What is tank cycling?

The term “tank cycling” is another way to refer to the nitrogen cycle. It is the process by which bacteria is purposefully built up on or in your aquarium filter cartridge. Beneficial bacteria may also build up on the gravel, décor, and plants (artificial and live). The bacteria may take a few days to start, but, once it does then it is time to feed it. Cycling methods will be discussed in detail below.

How do you feed bacteria? Well, your fish will actually do this part for you! Some of the bacteria that are building up in your tank will feed on the ammonia that is excreted from your fish’s waste. As your fish produce waste, the ammonia-eating beneficial bacteria will consume the ammonia from it.  As they consume the ammonia they also release it but it is no longer ammonia. Instead, it has been transformed into nitrite. Nitrite is also very harmful to your fish. Luckily, if your tank has been properly cycled, then there will be nitrite-eating beneficial bacteria developed as well. These bacteria will then consume the nitrite. The nitrite is then transformed into a chemical known as nitrate. Nitrate will contribute to the production of algae as well as cause your fish to become stressed. If you keep up with bi-weekly water changes, then your fish should not be affected by the nitrate.

Do not be afraid of the word bacteria. In regards to your aquarium and the overall health of the inhabitants, a beneficial bacterium (which is what we are talking about) is a good thing and it is actually essential for keeping your fish alive.

Why is tank cycling necessary?

There are chemicals and other unwanted materials that are harmful to your fish. One of the best ways to eliminate them is with beneficial bacteria. Ammonia and Nitrite are detrimental to your fish. The worst part is that it comes from them! Their waste contains ammonia which needs to be eliminated for your fish to remain healthy. Consider how you would feel if you had to live in a place surrounded by the chemicals from your own waste. Tank cycling creates good bacteria which are in charge of eliminating these harmful chemicals and keep your fish alive! That is why cycling your tank and building up the beneficial bacteria is so important.

What is the proper method for cycling a tank?

There are a few different ways to cycle your tank. You can cycle with fish or without fish. We will discuss each method in detail.

How to cycle your tank with fish:

Test the water for toxins daily!

How to cycle your tank without fish:

Are there other ways to cycle a tank?

You can speed up the bacteria development process if you have an existing tank. Only use the already active tank filter from another aquarium for a bacteria boost in a new tank. You could also speed things up by adding some gravel from an active tank, or even by adding live plants to the new tank. Live plants are carriers of beneficial bacteria. They also benefit from the ammonia levels because they can use it to assist them in protein synthesis. Talk to a knowledgeable staff member at your local pet store for help choosing live plants.

Before adding an active filter or gravel from an active tank to a new tank, be sure that the active tank is free of parasites and harmful algae. If the existing aquarium has had sick fish in the past, then avoid using anything from it in the new aquarium.

What impurities am I testing the tank water for?

Nitrate Stage: This is the final stage of cycling a tank. Nitrates are produced after nitrite levels decrease. Nitrates are not harmful to your fish as long as the there are not high levels. Nitrate levels should be controlled by water changes performed regularly.

What should I use to test my aquarium water?

You can take a sample of your tank water to the local pet store to be tested (some stores even do it for free). However, not all pet stores offer this service, or you may even want to perform the tests yourself. I recommend using the API Freshwater Master Test Kit. This kit is fully equipped with the necessary equipment needed to test your aquarium water for pH level, ammonia, nitrite, nitrate and high range pH. These tests have been proven to be scientifically accurate and provide the consumer with professional results. You should be testing your water regularly during the cycling process and then at least weekly after cycling has completed.

How do I perform these tests with this product?

Each brand will provide specific step-by-step instructions on how to use the equipment as well as how to test, how to read the results and other useful information. It is important that you follow these specific instructions in order to accurately test the water.

How much does it cost?

The API Freshwater Master Test Kit can cost anywhere between $20.00 and $30.00 depending on where you purchase it. Some mom and pop pet stores may charge even more.

More information to know about your tank water:

Treat ammonia stress by performing a water change for often and in slightly greater quantities. You can also consider trying an ammonia neutralizer that can be purchased at most local pet stores.

If you intend on having a goldfish aquarium, then you should use a hardy goldfish breed to cycle their tank. For example, the Comet or the Common goldfish. Do not use goldfish in cycling tanks unless the tank is going only to contain goldfish after cycling. 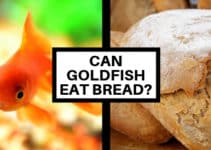